Everything about carpal tunnel syndrome 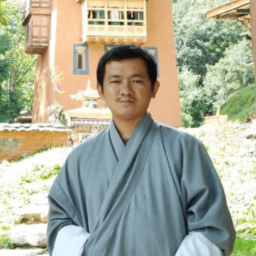 The tingling sensation and the numbness on and around the wrist are devastating. Even worst if it is accompanied by Pain, especially at night and you have to wake up rubbing your wrist. Yes, I am talking about Carpal Tunnel Syndrome, a thing you don't want and badly want to get rid of it soon and fast.

But how? Why do you have to go through such pain? What are the best methods to get rid of it? What to be done to prevent future episodes?

As being a Physical Therapist myself, I often receive patients in my clinic with similar problem and questions.

I know the hard time you are going through, and this is why you are here, to know everything about Carpal Tunnel Syndrome and learn how to get rid of it fast.

Without further ado, let's get started.

What is Carpal Tunnel Syndrome?

A median nerve along with muscle tendons passes from forearm towards the hand through a small tunnel in the wrist known as Carpal Tunnel.

The pressure on nerves and tendons due to the surrounding components of the tunnel such as bones on the floor and ligaments on the top is known as Carpal Tunnel Syndrome. The pressure is exerted due to narrowing of the tunnel from swelling, repeated use of the wrist, arthritis, and pregnancy (hormonal changes).

As a result of Median nerve compression, you will feel a tingling sensation, numbness, and considerable pain.

The signs and symptoms occur over the course of the median nerve, i.e., thumb, index, middle, and half of the ring finger and in the forearm between wrist and elbow.

Following are the signs and symptoms of Carpal tunnel Syndrome.

How is it treated?

The pain gets worse if it is not treated as early as possible. Basically, there are two ways of managing carpal tunnel Syndrome, i.e., Surgically and Non-Surgically.

Considered as the best, as you don't have to undergo invasive surgery process. But it only works, if your carpal tunnel is not severely narrowed and it is in the early stage of the pain. Following are a non-surgical method of treating carpal tunnel syndrome.

a) Splint and Braces

Splint and Braces will hold your wrist in a neutral position so that the wrist movement such as flexion and extension of the wrist is restricted. By blocking the movement, the pressure exerted on the nerve and wrist structure can be prevented.

Nerve Gliding exercises which are prescribed by Physical Therapist will also help you to get rid of the pain. By gliding the Median nerve through gliding exercises, the nerve becomes freer to move in the tunnel. It is an exceptional and specific exercise. Therefore it is recommended to be done under the guidance of your Therapist.

One of the common cause of Carpal Tunnel Syndrome is repeated use of the wrist. So cutting down the activity that involves wrist flexion and extension is also important and it works instantly.

Allow plenty of rest for your wrist to subside the swelling and inflammation.

NSAIDs drugs such as ibuprofen can help alleviate the pain and inflammation.

Steroid injection such as Cortisone is also used to subside the pain from Carpal Tunnel Syndrome. It helps to subside the inflammation, but its effect is for short-term only.

If the non-surgical or conservative management does not work, then it is advisable to go with the Surgical method. A Hand Surgeon or Orthopedic Surgeon specialized in Carpal Tunnel Syndrome will reconstruct the tunnel to make it larger, so that it does not put any pressure on the structures such as Median Nerve and Muscle Tendons.

How to prevent future episode?

As soon as you are done with the treatment, the next step is to prevent a future episode. Here are how you can do it in simple steps.

In this post, you have learned everything one needs to know about Carpal Tunnel Syndrome, and what you need to be done for treatment.

I hope this has helped you in getting rid of the pain on the wrist. Don't forget to share if it did.

If you have anything to add to this post and want to discuss further, you can do it through the comment section below.

Graduated from HNB Garhwal University, Ugyen currently works as a clinical Physiotherapist in Bhutan. With 5 years of experience in the Physiotherapy field, and for the passion of blogging, the GoForPhysio.com was born. Find out tips, information & product reviews on Physiotherapy here.

4 Tips to get rid of your back pain easily

Everything about carpal tunnel syndrome

5 Conditions affecting the wrist and elbow